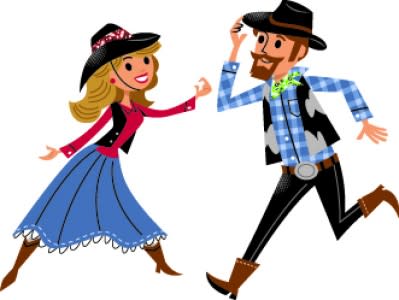 Prep’s orchestra students returned this semester from a (hopefully) relaxing Christmas break to find they would be learning fiddle music and putting on a barn dance in a month. One of the Upper Midwest’s top fiddle and violin players, Cristina Seaborne, came in to teach the students fiddling techniques, intricate dances to go along with the songs, and guide them along on this fiddling journey. Opinions on the whole event were mixed, with some people enjoying the experience very much, and some people complaining about the music nonstop. No matter one’s opinion on the experience as a whole, I think everyone can agree it was a fun opportunity for string players to learn a new music style.

I spoke with middle and upper school orchestra director, Jeff Engholm, to find out all the details of how this event came to be. He told me that he got an email from Cristina last semester saying that she was going to apply for a grant from the Central Minnesota Arts Board, and asked if she could come in to do a residency program to indroduce students to fiddle music and have them learn to play a new style of string music. Mr. Engholm said that would be a great idea, and suggested doing it in January, as that is when the orchestra often does a new project. Cristina later contacted Mr. Engholm to let him know she got the grant and the fiddle residency/project was a go. It was over Christmas break that Cristina messaged Mr. Engholm to ask what date they should schedule the barn dance for, to which Mr. Engholm responded, “What barn dance?” From there, Cristina explained that a barn dance it out on at the end of this project where students showcase what they learned to classmates and parents who would be dancing to the music. The two of them decided on January 31st (which of course had to be rescheduled to February 12th due to the polar vortex and interim week). The entire event was a little more last-minute than was hoped for, but it turned into a fun and memorable experience for the musicians and the barn dance attendees.

I asked further how Mr. Engholm feels the orchestra grew from this experience, and he answered that he thinks they learned a lot from studying a new type of music. It was interesting as well to see the results of bringing in someone from the outside to teach outside the box, in a sense. The aspect of fiddle music and a barn dance was perfect too, because it’s not within the norm of orchestra music, but it is a part of Minnesota culture. It was a little bit of a surprise and a challenge at first, especially to the students, but it turned out to be a fantastic learning experience.

Lastly, I asked Mr. Engholm if he would ever consider doing something like this again. We had the Mark Wood experience last year, Cristina’s fiddle music experience this year, so what’s next for the orchestra? He said he would like to do another project in the future that focuses on one aspect/genre of music. With everything that’s been done already, it looks like jazz might be the next genre to explore. Either that or a composition workshop where students learn to write their own music and share it with the group. As a member of the orchestra, I think any of those options would be a fun experience.

All in all, the barn dance was a night of excitement for the players and dancers alike. The crowd was an excellent mix of awkward teenagers who didn’t want to dance and parents who were a little too into it. String players got to try their hand at a new music technique, and their friends got to hear them complain about it for a month. It truly was a one-of-a-kind experience, and shall be remembered for years to come.