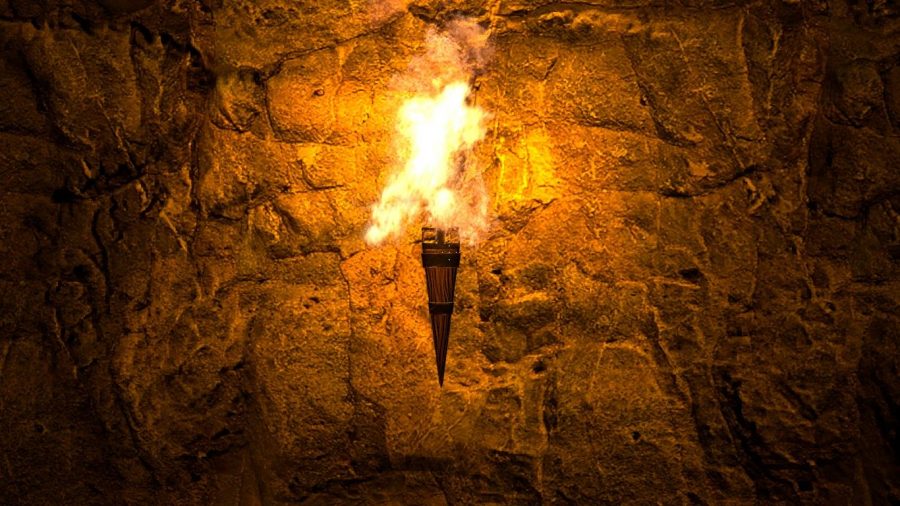 Day 151. Exactly six months, I muse, dusting the fine, white chalk off of my hands and haling myself to my feet. The dark interior cell is very familiar now. The dim candlelight coming from the wall brazers glances off the walls in soft flickers. I shouldn’t even be here. I didn’t steal that money. I didn’t hurt that woman. I was simply in the wrong place at the wrong time, for this at least. I deserve it, anyway, if not for the crime they locked me up for.

It’s been three days since they’ve brought me food or water. I’m starting to think they’ve forgotten me. The parch in my throat flares again, sending me into a dry, hacking cough. If they have forgotten, I won’t have long left at this rate.

I think of home, from the tall white spires of the palace and soaring cathedrals to the cobblestone streets and ramshackle houses. I think of the magic lessons and my instructor. She told me to line up the candles against the house and light them one by one. I didn’t think what would happen if I missed…I think of the fire, engulfing my childhood home in a blazing inferno; of the screams of my family I couldn’t save; of the hot tears running down my face as I stood and watched it burn. The same two words echo through my head now as they did then. YourfaultyourfaultyourfaultYOURFAULTYOURFAULT…

A sudden clang from the end of the corridor startles me out of my head. Quietly as possible, I withdraw into the far corner, doing my best to obscure myself with a few old blankets. As I sit in wait, I hear voices. Not the low, foreboding tones of the prison guards, but more of a tenor with a teasing edge.

“I told you that was trapped.” He says.

“Yeah, whatever,” a second one replies, this one female, much lighter and melodious. “You were the one who wanted to get a guide from the prison.”

“Hang on, you know as well as I do the ones you suggested are just as bad. At least this is cheaper.” The first snaps back. They seemed to be walking in my direction. I shift away from the blankets, shuffling quietly to the corner beside the bars. This is probably the last chance I have to get out of this horrible place.

“This place is completely empty.” The man comments, a pace or two ahead of the woman. I take a deep breath, draw back my hand, and strike the bars. The pair stopped dead.

“Not quite,” The woman says, hurrying over to the cell I sat in. “Hello, handsome.” She smile. Her long dark hair is braided over one shoulder. The firelight dances in her eyes. The man catches up, now. He looks nearly identical, though his hair hangs free down around his shoulders. I notice now the bow slung across his back and the knives at the woman’s belt.

“I’m Gwen, that is Bren. What’s your name?” Gwen asks, digging a set of tools out from her bag and fiddling with the lock.
“Fredrick Alderwood.” I say, grabbing my old blue coat as the lock clicks. Bren pulls at the door, which swings open with a creak.

“Are you able to guide us to the lower halls?” He asks. I smile.

“It would be my pleasure.” I give a slight bow and take off down the hallway.