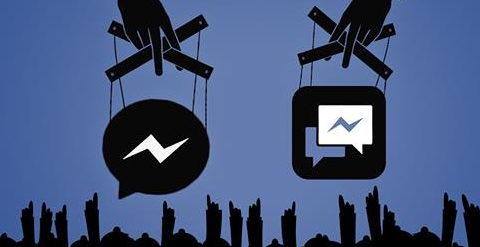 Over the past month there has been a controversy over the app Facebook Messenger. The Facebook app now is not only inconvenient to the user, but Android has also given Facebook permission for the app to infiltrate texts and calls. This includes personal data and contacts. A lot of people have been outraged by Facebook’s privacy controls, however some say that the outrage is not justified, due to other apps like Whatsapp, Hike, and many more asking for the same information. Although this is true, new information has shown that the Facebook messenger is tracking more information than the everyday app. In an article from The Epoch Times a security researcher named Jonathan Zdziarski tweeted, “Messenger appears to have more spyware code in it than I’ve seen in products intended specifically for enterprise surveillance.” Yet the Facebook app defends itself, saying, “Privacy is core to our approach with Messenger”. And this brings us to the question – do messenger apps need access to our contacts? It is disconcerting and scary to know that there is hardly any privacy in our lives, and that every app we own has information about us. Do we need to look at the terms and conditions for everything we update or put on our phones? And if so, are we still protected? People are frightened because Facebook is saying that other apps are doing the same thing, which is true, but does this make the allegations against Facebook any less valid?

Facebook has already proven it can’t be trusted. In January of 2012, Facebook conducted their own “emotional study” where they altered the newsfeed of users. They edited users’ newsfeeds by limiting the amount of positive or negative posts. This research ended up being found invalid based on how Facebook collected the data – without proper consent. This same thing could happen to Facebook Messenger; it is rumored to capture your phone’s microphone and camera apps. Initially these rumors were deemed false, but Facebook has not proven to be following any privacy laws.

Facebook’s methods of escaping prosecution under privacy laws have been to point fingers at their competitors. Either they purchase their competitor, as in the case of Instagram and Whatsapp, or they accuse their competitor of violating the same laws. The only problem with that is, according to Zdziarski, Facebook’s spycam software is more powerful than most security apps. Facebook is proving to be a monopoly that no one is willing to stop.